Hazards of Hand-Spraying in Industrial Forests 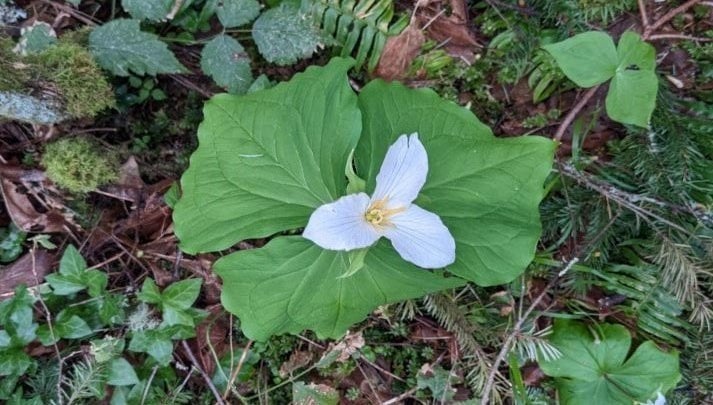 Do people who live near forestlands that are managed using industrial forestry practices have valid reasons to be concerned about the effects of pesticide spraying—even when it is not applied aerially, but, rather, by hand at ground level? While it may be true that aerial spraying of pesticides probably creates more chemical drift than hand-spraying, there still are definite reasons for people to be concerned about the effects of hand-spraying.

In 2020, North Coast Communities for Watershed Protection followed three separate hand-spraying projects in the Nehalem and Wheeler area. Here's information on two of them.

On a breezy day that summer, Weyerhaeuser hand-sprayed pesticides on their steeply-sloped land adjacent to Nehalem. That property is only about a quarter mile from an elementary school. Later that autumn, Stimson hand-sprayed pesticides on their land adjacent to Wheeler, only about a quarter mile from houses. The Wheeler spraying was done on a day with a "red alert" for wildfire smoke.

The following are some of the concerns that hand-spraying of pesticides raises:

Spray droplets are relatively heavy and can move downhill, potentially close to children at the Nehalem school or people in houses nearby and, possibly, into drinking water sources. When breezy and warm, the spray, even from ground-level applications, can drift. (It should be noted that some nearby residents reported smelling the substances being sprayed. Experts have learned that If a person can smell the sprayed pesticides, they have been exposed to it).

Some pesticides move quickly through soil and are very persistent and long-lasting in the soil. In temperatures above 84 degrees, they can continue to be volatile (and then re-volatilize, becoming airborne) for as long as a year. Since after being clearcut logged, there is little vegetation to hold the soil, these pesticides can bind with the soil and then wash downhill into streams that provide drinking water or support fish. On windy days, pesticide-contaminated soil can blow around and end up in drinking water sources as well as adjacent neighborhoods. Some of these pesticides are known to be toxic to fish and beneficial insects.

Following up on the Wheeler and Nehalem spraying, Bryn Clodfelter, a Pacific University student whose project was supervised by Dr. Deke Gundersen, completed a health survey with help from NCCWP entitled, "An Illness Survey of People Exposed to Herbicides on the Oregon Coast." Even though the survey was limited, it did indicate that there may be valid health concerns plus a need for more comprehensive epidemiological studies. Here is a link to the survey presentation.

NCCWP is also concerned for the people who do the hand-spraying of pesticides in Oregon's clearcut forestlands. As reported by State of Oregon observers, during the Wheeler and Nehalem hand-spraying operations, the Stimson and Weyerhaeuser contract workers did not have adequate protective gear. They did not have respirators nor adequate eye protection. The pesticide applicators did wear hard-hats, chemical-resistant gloves, and shoes, but just regular clothing.

Given the toxicity of these pesticides and the fact that conditions were breezy, more adequate worker protection should have been required. It is known that some of these pesticides can cause severe eye and skin irritation, rashes, and, through long-term exposure, cancer. Many spray applicators are immigrants who do not have health insurance. Since they were transported as a group to the worksite by van at the beginning of the COVID-19 pandemic, they were also at a high risk of becoming infected with it.

As mentioned, the hand-spraying near Wheeler took place in September 2020 while there was a "red alert" for smoke from wildfires. One observer from the State of Oregon expressed their concern that the spray applicators needed to carry heavy spray equipment up steep slopes in the midst of dense smoke. A complaint regarding both the Wheeler and Nehalem spraying operations was filed with Oregon OSHA. Speaking confidentially about their concerns for the workers' exposure to pesticides, several employees from the Oregon Department of Agriculture and Oregon OSHA said that, in their opinion, existing EPA regulations are not adequate to protect pesticide applicators.

To summarize, here are some of the concerns NCCWP has regarding hand-spraying of pesticides:

There is no requirement for a 24-hour notice before hand-spraying begins. There may be health risks to children at nearby schools and people who live close by, not to mention those actually doing the spraying. Since there is no timely testing of drinking water for pesticides nor have there been any epidemiological health studies, there are no ways for us to learn about our exposure to these risks.

Usually combinations of more than one pesticide are sprayed, but there has been limited research as to the potential synergy when these pesticides are sprayed together. Yes, hand-spraying may result in less drift than aerial spraying; however, the workers applying these pesticides may incur significant health risks due to their exposure. This is not right, and so it can be seen as an environmental justice issue. There are valid reasons for all of us to be concerned about the health effects of these pesticide applications.

As more is learned about how pesticides persist in the environment, damaging both human health and the health of the environment, it becomes clear that both aerial and ground application of pesticides needs to stop now. With more understanding of climate change, people are becoming increasingly aware of the critical role that forests play in human health and the well-being of the planet. Current industrial forestry practices, clearcut logging and pesticide spraying, are a present danger, as well as a risk to the future viability of Earth.